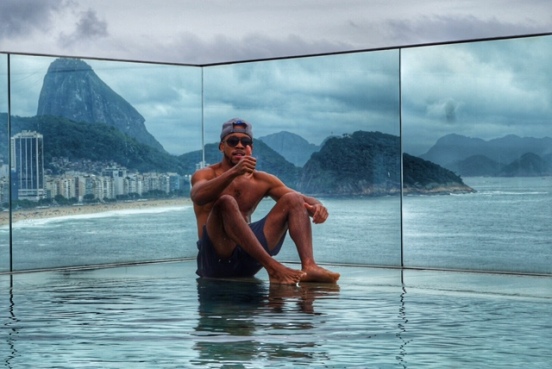 Alright, it’s pretty obvious but I love to travel. So when 3-day holiday weekends pop-up on the work calendar, I try to get a new destination on the books.  This past MLK weekend, I decided to trek down to Brazil (both Sao Paulo & Rio de Janeiro) for some quick fun on a limited budget.

Disclaimer – To maximize travel over long weekends and minimize the amount of vacation time I have to ask my boss for, I try to fly out after work on Friday, especially if the flight is 6+ hours. This allows me to fly overnight and sleep on the plane. I typically arrive at my destination late Friday night or early Saturday morning. Either way, that leaves the entire day (Saturday) to explore.

Day 1 (Saturday) – After flying overnight Friday post-work, I finally arrived in Sao Paulo at 7:30am. Once I arrived, I met up with some Americans that were introduced to me through a mutual connection. We grabbed lunch and spent the day pretty much exploring a residential area of Sao Paulo just outside of downtown. Later that day after I took a quick snooze, we all met up again for happy hour drinks and dinner.  The bars in Sao Paulo were pretty legit and filled with a ton of local beautiful women (like really beautiful).  Afterwards, our squad was ready to grab some sushi and sake from one of Sao Paulo’s top Japanese restaurants Kinoshita.  Ironically, Brazil is home to the largest Japanese population in the world outside of Japan. Later that night we hit some clubs and partied until the wee hours of the morning.

Day 2 (Sunday) – woke up at 7:50am for my 9:30am Flight to Rio de Janeiro. Needless to say, I figured that I was going to miss my flight given I pretty much had an hour to get dressed and get to the airport. Luckily, the check-in process and security was a breeze.  Once I arrived in Rio, I was able to check into my hotel early to drop my bags. I knew that my time in Rio was limited so I knew better than to chill for any period of time.  With that I hopped in a cab and went straight to Cristo Redentor, Escadaria Selaron and finally Sugarloaf Mountain.  Whew! Your boy Majors was TIRED. But once again, I decided to forego a nap and quickly shower for my 9pm dinner reservation at a top Brazilian Steakhouse.  Following dinner, I hit the streets to find a good bar / club for the night.

Day 3 (Monday) – Not much to say here other than I spent the morning exploring Leblon and majority of my day at the beach and the hotel’s rooftop pool before catching a flight back to Sao Paulo at 7:00pm.  Once I arrived back in Sao Paulo, I checked into my hotel and spent 2 hours resting and catching up on emails from my boss.  Once I finished up that stuff, I checked out a dope restaurant with live music called Sancho Bar y Tapas. I ordered the Mollejas de ternerna and it was amazing.  Then one of the waiters actually described in English what I had just ate – I’ll let you google it to find out. 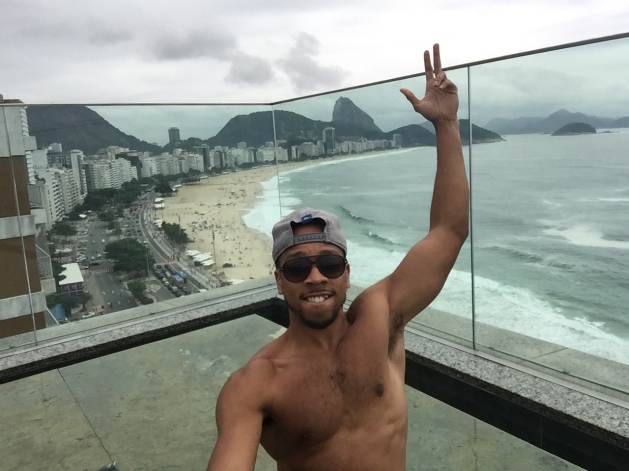 Day 4 (Tuesday) – Spent the day exploring the Sao Paulo Museum of Art. It’s probably one of the coolest museums that I have been to in a while.  They had a pretty dope photography exhibit that explored many S. American photographers.  My favorite was the museum’s collection of European art.  It claims to have the best in all of South America – everything from Monet to Rafael to Rembrandt. Not sure if the museum is always free, but it was definitely when I visited.

I pretty much spent the remainder of the day at a coffee shop until I left for the airport at 9:00pm for my overnight flight so that I could go straight to work Wednesday.

Another key point is that I did this trip for under $500 – $275 flight and utilized points accrued from Capital One for my hotel accommodations. The remaining $225 was spent on food and going out.